"The images in this archive are of photographs which were taken by me between July 1969 and June 1971, while I was doing fieldwork for my Ph.D in social anthropology at the University of Cape Town. My topic was on the African Independent churches, and the setting was Soweto, the massive African "township" on the outskirts of Johannesburg. 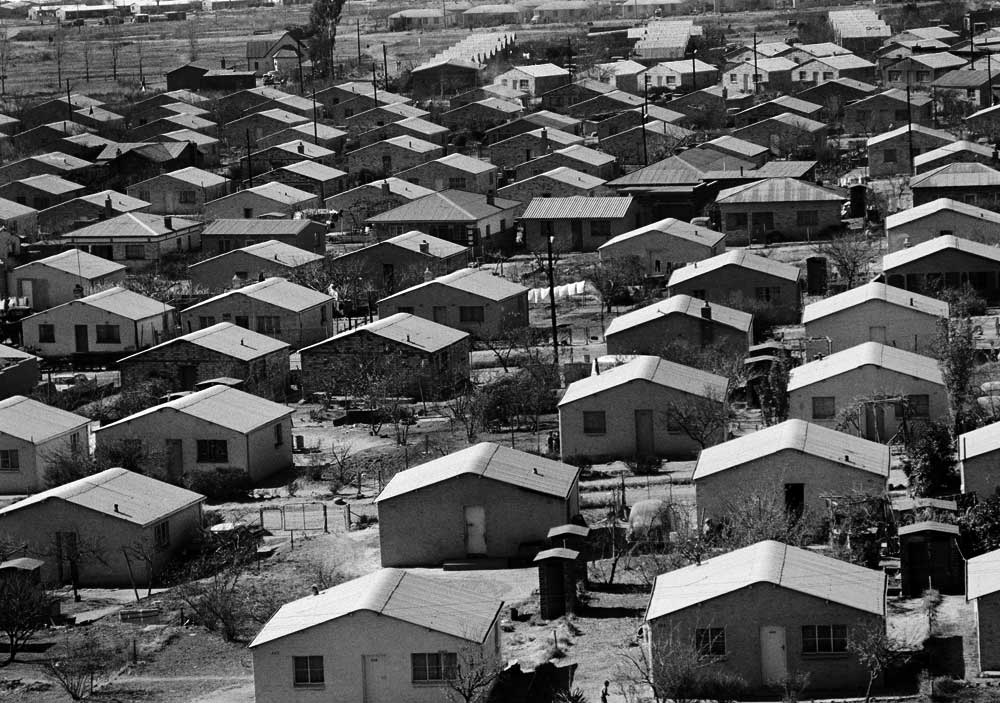 My original intention in 1969 had been to continue my research in Namaqualand for my doctorate, but I could not find funding. [In those days the state was the major funder of social research but my application.to the National Council for Social Research had not even made the first cut. My supervisor, Professor Monica Wilson, who was an outspoken critic of the government of the day, had subsequently been told by a friend on the committee that no student of hers need bother to apply for state funding!]

I was at an impasse when Professor Wilson called me and asked me if I would be interested in undertaking a study of the African Independent Churches in South Africa. The Director of the Christian Institute of Southern Africa, the Revd C F Beyers Naudé, had agreed to support an association of African Independent Churches (AICA), mainly from Soweto. He wanted more information about the churches, and finding very little, he asked Professor Wilson if she could find somebody to do some research on the subject. I knew little about the African Independent Churches, but I had read the classic work Bantu Prophets in South Africa by Bengt Sundkler. I thought the topic would be interesting and when I found out that I would have a completely free hand in choice of topic, plus generous funding, I jumped at the opportunity.

I knew that there were literally thousands of African independent churches all over South Africa in the towns and the cities as well as in the rural areas. I didn't think it would be helpful to make an intensive study of one or two churches, which would be the conventional approach of an anthropologist, but I had to do something manageable. I decided on an urban focus as previous work on the subject had been primarily in the rural areas. Soweto was an obvious place to start as most of Beyers Naudé's contacts were there. It was also believed to have nearly a thousand independent churches within its boundaries. There were some disadvantages relating to its size, and to the fact that I would have to be a commuter - it was against the law for me to live in Soweto, and in those days people classified as "White'' were not permitted to enter a "township" without a permit. It was no foregone conclusion that I would get permission with my UCT background and my involvement in national student politics. Most of Soweto was administered by the "Non-European Affairs Department" of the Johannesburg City Council which was marginally less hostile than the "Bantu Affairs Department" which administered the adjacent areas of Meadowlands and Diepkloof. Beyers Naudé had a friendly contact in the senior management of the NEAD, who gave me a permit to enter Soweto during daylight hours to undertake "missionary work". I was firmly told by the contact that I was unlikely to get a permit to do research. After some soul-searching and discussion, I went along with this subterfuge. [Beyers Naudé's argument - worthy of a theologian - was that inasmuch as my research could ultimately be of benefit to the Christian Institute of Southern Africa, it could by a certain perspective (which neither of us shared) be thus construed!] Fortunately this worked. and I was only asked for my permit twice in two years - once when I was caught photographing a rent queue and once in a randomnstop. I soon learnt my way around the back streets of Soweto and largely avoided the main thoroughfares, and the haunts of officialdom.

I spent six months temporarily employed as an adviser to the African Independent Churches Association, and this gave me a number of good contacts as well as a better sense of what I was dealing with. I received a number of invitations to visit church leaders and to attend services and I soon had a network of contacts all over Soweto. I then embarked on two years of fieldwork in Soweto and selected a few churches for intensive study studying a range of churches in order to understand how they operated, and why they were so successful. I met people in their own homes, and attended countless church services of all sorts and durations. The first time I was invited one church I was horrified to see "Sermon by Brother West" on the written "agenda. I explained to the bishop that I was a researcher and not a religious person. He graciously agreed to drop this item, and I then received an amended agenda with an "Address by Brother West"! I was asked to speak at virtually every service I attended for the first time, and this was useful for introducing myself and explaining my project. I had permission to take photographs and did this so often that people soon stopped posing for me.

The work was presented for a Ph.D in 1972, and was followed in 1975 by my book Bishops and Prophets in a Black City."

(For further information on this section, see Martin West Bishops and Prophets in a Black City, appendix 1, Method of Fieldwork.)

A note on photography

"I started fieldwork in July 1969 armed with two quite inappropriate cameras: an old Yashicaflex 2¼ square twin-lens, and a Kodak 110 format point and shoot. I was fortunate to meet the Revd Danie van Zyl, then working for my sponsors the Christian Institute, who was a keen and competent amateur photographer. He pointed out the photographic opportunities inherent in the project I was to undertake, and urged me to acquire a “proper” SLR camera.

Through the lens light metering had just become available, making some existing cameras instantly obsolete, and so I was able on a limited budget to acquire inexpensively a Canon FX SLR (with the light meter on the camera body) with a standard 50mm lens. I added a 135mm telephoto and a 28mm wide-angle and used this equipment for the duration of the project. I used the 135mm lens extensively to get close to my subjects without being obtrusive.

I took all the photographs in this archive, bar the one that includes myself: martin_west_418, which was taken by Archbishop M P Radebe.

I was disappointed with the quality of the prints of the first pictures I took, and Danie van Zyl suggested that I learn to do my own black and white developing and printing, and under his guidance I acquired an inexpensive enlarger and set up a home dark-room. I developed all the black and white pictures in this archive myself in a bathroom in my flat in Hillbrow. On further advice about storing my negatives, I printed contact prints for each roll of film developed, and stored negatives in 6’s in envelopes with the contact strip pasted on the outside with a note on the content. This simple system stood me in remarkably good stead.

I used the negatives to print some photographs in the 1970’s, and then stored the collection in a box where they remained untouched for over 30 years. Remarkably they remained in very good condition when they were digitized in 2010, almost exactly forty years after they were taken. The colour slides were professionally developed, and I mounted the best in glass slide-holders. I used the slides in teaching for twenty years and they traveled with me to Europe and America, with no special precautions. Again, I was fortunate that they survived with only a little colour fading which was adjusted in the digitisation process.

For the black and white work I used mainly Ilford FP4 film rated at 200ASA. Some indoor material was shot with Ilford HP4 rated at 400ASA, and I once used Agfa High Speed Film rated at 1000ASA for available light shooting of a night service. The colour photographs were all taken with Kodak Ektachrome slide film."

This website is published, using Omeka, by the Centre for Curating the Archive, made possible by the University of Cape Town's Vice-Chancellor Strategic Project ARC: the Visual University and its Columbarium.

The site has been developed with assistance and hosting by the University of Cape Town's Computer Science department.

This collection has been digitised by the Centre for Curating the Archive and is stored at the University of Cape Town's libraries. For research and publication queries please contact the libraries: Janine.Dunlop@uct.ac.za.